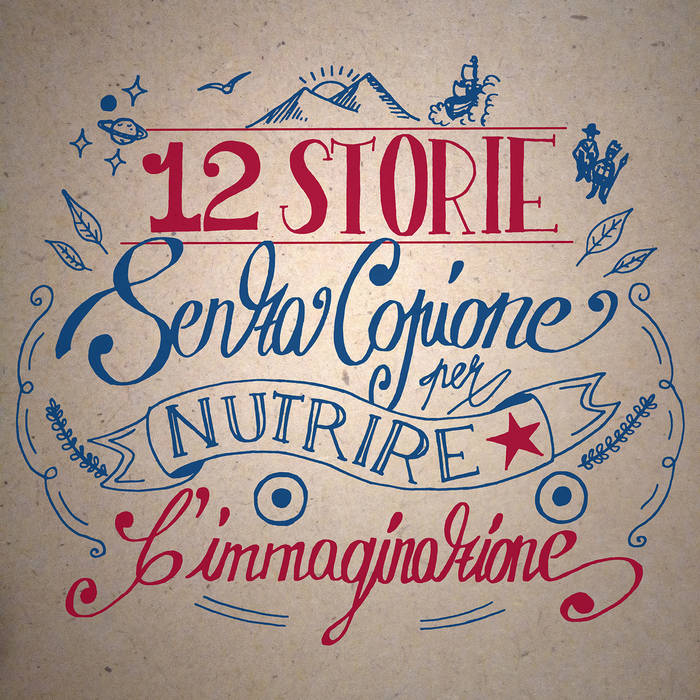 Steve Lake Other than being deceptively misnamed (I came up with a lot more than 12 stories the more I listened to it), this is a special treat.

Think about a movie soundtrack, or the background music for a comic book. Or maybe no, think about a beat for a storytelling rap. Or about the theme for an '80s sci-fi tv show... Or, again, imagine the electronic remake of a David Bowie or Pink Floyd song. Or, maybe, think about all these things at once.

This is "12 Stories". Every song, a possible story... but without a narrator nor a script. The story takes place in the head of the listener, entrusted to her/his own imagination.

Track by track, rough analog synthesizers weave with polished samples and flow through patterns which, with simplicity, hold up the listener with solid electronic drums, like a conveyor belt.

Composed during 2018/19, this instrumental electronic album is rooted into Electro / Magnetic's experience as Hip-Hop beat maker, but it's widely open to experimentations. Here he collected some of his favorite older works into an album bond together by a strong concept.

Anyway, don't take it too serious: in the end he composed this music with the similar spirit of a kid who, in the late '80s, was playing with Lego blocks on the carpet in his living room, while on TV there's an episode of "He-man and the Masters of the Universe".

The album has been entirely recorded, mixed and mastered in his home studio.

Electro / Magnetic is an Ambient solo project by the Italian electronic music artist Nicola Maggi. He experiments with tape, synthesizers, samples and field recordings to create soundscapes, drones, and organic textures without leaving aside melody and harmony.

For more than 20 years Nicola's passion has been beat making. Through various collaborations and projects, he became known as Attarus in his local Hip Hop community.

When he discovered Ambient music, a genre where the rhythm is left behind to create space for small details and subtle changes, he saw an opportunity to make music in a different way. In the search for a light, direct and spontaneous approach to composition, he decided to bring his music back where it first started: tape.

His signature style is a "hands-on" workflow, where music is mixed live with a 4-track cassette recorder. The warmth of tape, the imperfections of analog, the unplanned decisions pour into the inspiration of the moment, crystallizing into a unique result, and a precise coordinate in space and time.