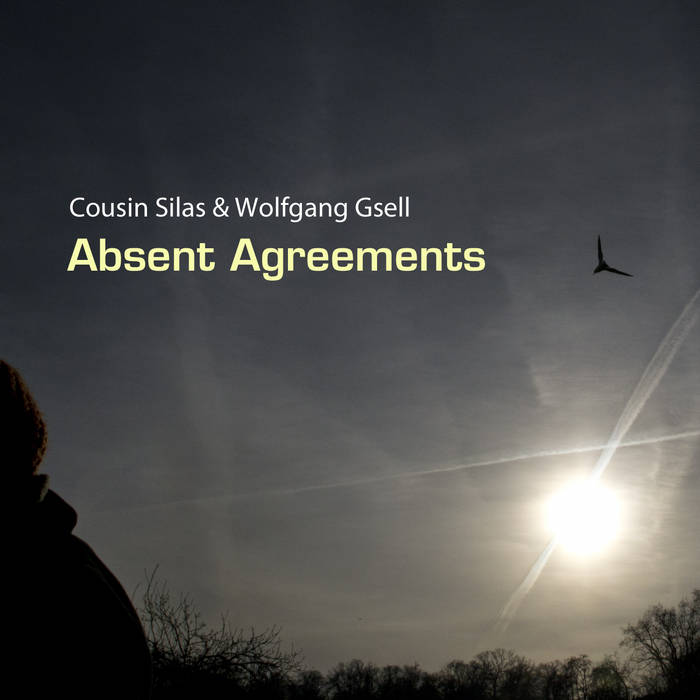 Followers of Aural Films know both these fellow's are a real force on their own. Which makes it especially exciting to present them together on a brand new album, "Absent Agreements." Won't spoil it for you trying to descibe it. Let us just say fans of the artists will not be disappointed. New comers have a special treat coming to them.

Wolfgang Gsell,1956 born in Stuttgart, Germany. He works as webdesigner, photographer and music composer. With 15 he began to play guitar. In the late 80s he changed into playing synthesizers.
Since 2004 he is working with Software Synthesizers. The current style of his music is ambient and electronic music for inner journeys. He has released 25 albums (solo and collaborations with other artists) in various netlabels.

Cousin Silas is the stage name of English electronic music artist David Hughes. Before experimenting with electronic music, ambient music and soundscapes in 2000, he played guitar in a couple of local bands doing new wave and punk covers. Cousin Silas is as musician (synthesizer, guitars) a self-proclaimed „sound alchemist“ and
has referred to his music as „audio photographs“ or „moodscapes“. He has released over sixty albums on various netlbales.