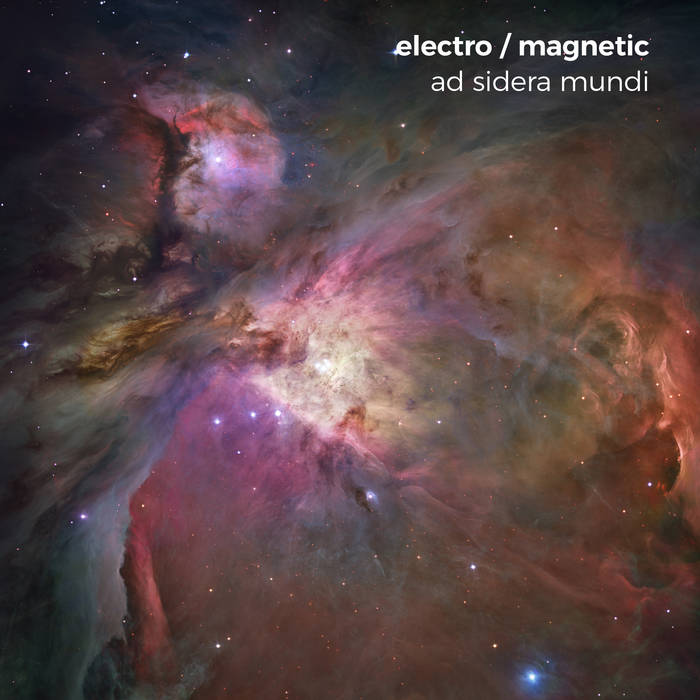 "Ad sidera mundi" is a Latin phrase which means "from earth to the stars".

Inspired by small and big things, this album is a journey from the quiet of a small summer meadow to the awfulness of the immense cosmic space. It is one soul's attempt to sincerely speak to other souls, an invitation to curiously observe how microcosm and macrocosm mirror each other.

All the pieces were created using an old 4 track cassette recorder, mixing field recordings, samples, and synthesizer sounds. They were recorded live to capture unique, imperfect moments in time and space.

Electro / Magnetic is an Ambient solo project by the Italian electronic music artist Nicola Maggi. He experiments with tape, synthesizers, samples and field recordings to create soundscapes, drones, and organic textures without leaving aside melody and harmony.

For more than 20 years Nicola's passion has been beat making. Through various collaborations and projects, he became known as Attarus in his local Hip Hop community.

When he discovered Ambient music, a genre where the rhythm is left behind to create space for small details and subtle changes, he saw an opportunity to make music in a different way. In the search for a light, direct and spontaneous approach to composition, he decided to bring his music back where it first started: tape.

His signature style is a "hands-on" workflow, where music is mixed live with a 4-track cassette recorder. The warmth of tape, the imperfections of analog, the unplanned decisions pour into the inspiration of the moment, crystallizing into a unique result, and a precise coordinate in space and time.