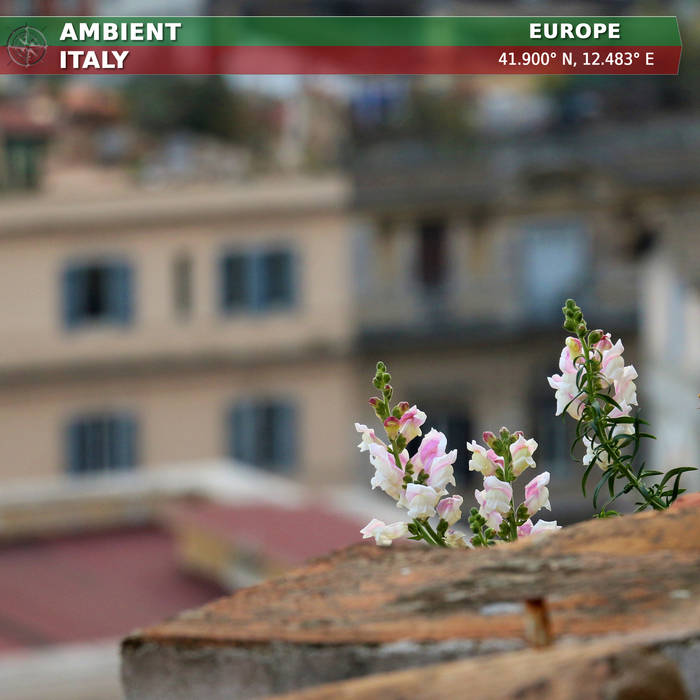 Ambient Italy, the third Electronic Earth project release, is a survey of some of the country's finest ambient artists. Italy, is a European country with a long Mediterranean coastline, has left a powerful mark on Western culture and cuisine. Its capital, Rome, is home to the Vatican as well as landmark art and ancient ruins.

One of the first things I ever touched in my youthfulness was probably sand. I was born near the sea, so it feels natural that most of my memories are related to it: I remember vividly the salty air lingering near my nose, the vigor of the waves shattering on the piers, the relics of forgotten isles left on the foreshore. It was winter. A serious sky hanged on top of our heads. I must have been 7 — maybe 8. It was cold, but I couldn’t feel the freeze on my covered arms: I was enraptured by what I was gazing in the distance and by what I was hearing. All those furious crests running like horses on the seabed. It still feels like yesterday, even if more than 14 years passed since those moments, and probably the most vivid detail I carry from those experiences is the incredible, ear-shattering sound that the gulf made. An incredible symphony that most would classifiy as rumbling, abstract noise, but for me it felt like an astonishing ensemble of minuscule instruments that all played a different melody. It was so different from all the music I had touch since then: it didn’t have notes, it wasn’t in key, it didn’t have a progression, but at that moment I could clearly isolate its elements as they entered inside my ears. That’s the first soundscape (and probably the best one) I remember hearing in my entire life. Creating paintings using only sounds has been my mission for the last few years and Ambient Italy is -to this day- my best outcome: a collection of 10 sonic canvases made by close friends, respected colleagues and composers that share with me an emotional link with the place we live in.

“On The Hills” was composed, recorded & mixed by Gianni Proietti

“A-145 LFO” was composed, recorded & mixed by Marco Cella

Electronic Earth is a survey of electronic music from cities, states and countries across the planet Earth. Aural Films will it working with other artists and organizations to survey different regions.