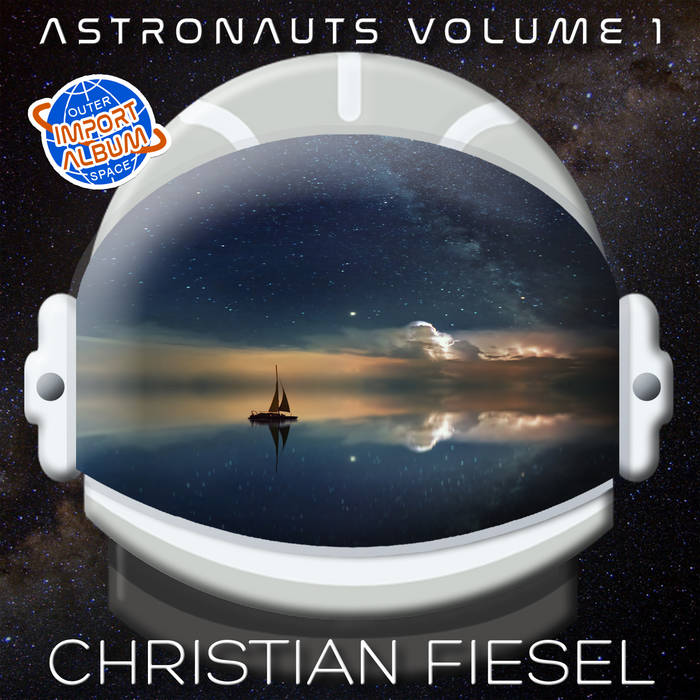 SORRY - This album is out of print and no longer available.

Volume 1 begins with a fine collection of music from German Electronic Music artist, Christian Fiesel. Read more about what he has to say about Space and Music in the Questions and Answers below:

Q: When did you first become interested in exploration of the Universe?

A: As a kid I loved all things SciFi, especially TV series like Star Trek or Moon 1999. Other stars a promise of possibilities and points for exploration for a little 10 year old astronaut. Never stopped dreaming about learning the secrets.

Q:What interests you the most about Space exploration?

A: The heroic effort. The love for scientific progress or to say it with the wise words of Star Trek : Space: the final frontier. These are the voyages of the star-ship Enterprise. Its continuing mission: to explore strange new worlds. To seek out new life and new civilizations. To boldly go where no one has gone before!

A: Definitely. Some dreams don't die.

A: The longing for something new was awakened by the search for distant alien stars. The universe of stars is a mirror of a universe of sounds.

A: The gloom and loneliness of the emptiness between the heavenly bodies is very often present in the feeling of my music. It's not a conscious decision, it's just part of my musician's soul.

A: I find the human voice and its possible alienation throw a glimmer of infinity into the distance. So I'd say it's probably a Mellotron ?

A: It is my firm conviction that it is no coincidence that the moon landing with all the previous attempts to enter space happened at the same time as the use of electronic music devices. On the one hand, it was only in this phase that the technology from which the first electronic sound generators could be built was developed, and on the other hand it was also the spirit of new freedom, of enlightenment, of curiosity, of drawing towards new worlds, which made both astronautics and electronic music possible.

A: I think all space music has a certain pathos and a certain majesty. But maybe we have only internally refused to return to the stars in the last 40 years. Just as we have failed to fill this place in space and in our hearts with fresh sounds and feelings.

"1969","Crushed Towards Jupiter" taken from Spheredelic release SD 21 "After The Flood"

"Where Is Gravity When You Really Need It ? from Studio 4632 release "Under The Same Sun At A Different Time"