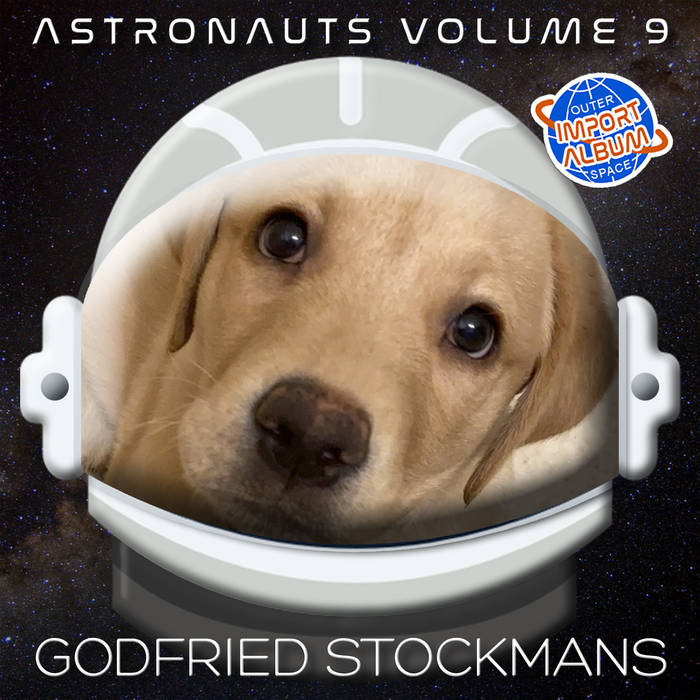 Volume 9 features a fine collection of music from Belgium Electronic Music artist, Godfried Stockmans. Read more about what he has to say about Space and Music in the Questions and Answers below:

A: I was a 12-year-old as the first landings took place.

A: For me, Space Exploration is only just begun, the Moon is nearby in comparison to Mars eg.

A: I believe I’m too old now to experience Space Travel but it is going to be possible for everyone or may be necessary if we destroy the earth.

A: The Universe is unknown territory … what lies beyond I feel that need to explore, invent things & reflect it in music.

A: We are already able to scan a lot of things on earth from outer space, that’s why I wrote a track ‘Satellite Scanning‘.

A: For me, the computer is the main instrument, It’s my great studio in a little box.

A: It is again the need to invent to be part of the future, to make new sounds compositions, etc If you listen to soundtracks from Space movies you always hear amazing sounds.

A: I believe Space music always has a factor that breathes adventure, exploration together with a sort of comfy feeling like being in a safe suit, a Spaceship, or something like that.

My interest in music was always there, but I also worked in the industry as a mechanic in mines, factories, gas company & finally teaching metal construction & welding. So there's a broad real-life experience too.

As everyone, I thought myself to play some guitar and bass by playing in some bands in my youth. I started out doing some recording on a Teac four-track recorder. Later on, it was followed by computer, Logic was called Emagic back then & was only midi at the time.

Of course, I got interested in audio recording when Emagic released the AW8 PCI soundcard, a soundcard with 8 outputs that I could connect with a Mackie mixer. Followed some classic piano lessons at the age of 30 to achieve a basic music theory.

Learned about synths/midi by using a DX7, Nord lead also some EMU modules, and a Novation Basstation. So I started recording & editing all this by using the software.

My interest in music recording production is still going on in reading magazines, looking things up on the internet, etc... Over the years I started to develop my own sound.

It's hard to define how that happens, it's a certain feeling like I want to sound that way. The love for music & different styles ( everyone carries his own library through the years) surely helps, plus in my case, there's got to be a sort of ' mojo ' in the tracks before I'm happy.