by Scott Lawlor and Julien A. Lacroix 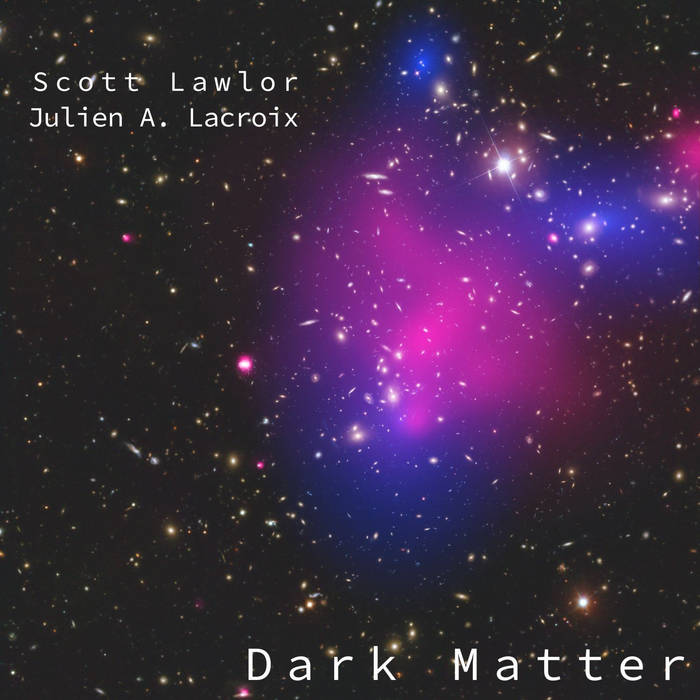 As the James Webb Telescope has just been launched into space, our knowledge and representations of the cosmos are evolving rapidly. This music is intended to be a tribute to the scientific odyssey which pushes the limits of our knowledge and our imagination towards the unknown. Dark matter, an enigma for scientists, is also the metaphor of the secret inspirations that constitute this music which brings together musicians Scott Lawlor (United States) and Julien A. Lacroix (France).

Scott Lawlor is a jack of all trades. This veteran musician composes in different sub-genres such as dark ambient and light ambient, solo piano, cosmic drone and avant-garde, both as a solo artist and as a revered collaborating partner with many other well-established artists in the ambient community. Hence, Scott has built a solid reputation for himself as a cornerstone persona in the ambient community. You can find more of his work at scottlawlor.bandcamp.com

Julien A. Lacroix is a French musician active in ambient and experimental music. He enjoys composing acoustics to digital devices, both digital and modular processing. His music is characterized by a sensitive approach that is expressed in occult, abstract and technological themes as with his projects α Ori or Moloch Conspiracy. You can find more of his work at
apsu.neocities.org
www.instagram.com/j._lacroix

All tracks ©℗2022 Scott Lawlor and Julien A. Lacroix