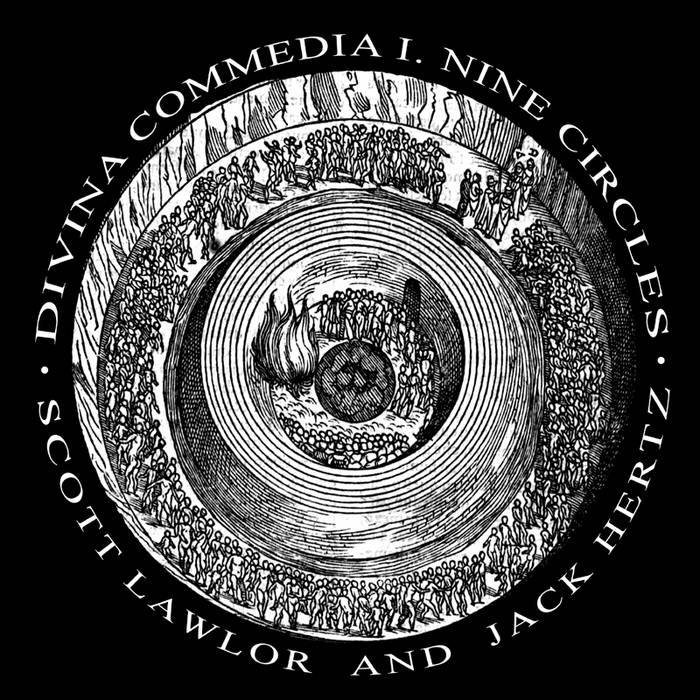 RICHARD ALMASI Eerie and apocalyptic in its tone, yet also very cinematic, like a soundtrack to an imaginary and surreal horror film. Favorite track: 7th Circle - Violence (The damnation of Lacopo Rusticucci).

I have always been fond of Dante's Inferno, having read it back around 1987 in a world Literature class and it wasn't recently until I thought how interesting it would be to render an ambient interpretation of this classic masterpiece.

Whereas with other compositions I've written that were inspired by different writings, I had utilized sound effects from freesound.org to assist in the interpretation of the work, I decided not to do that at all with this album. I wanted the imagination of the listener to lead the interpretation to a larger degree and felt that adding such effects would paint a sonic picture where there really wasn't much room for interpretation.

I did research on the poem as well as read through parts again and came up with song titles reflecting the mortal sin of each circle as well as putting a central character from each of those circles to give the tracks a bit of a narrative quality.

Besides using my Ensoniq ts-12, I asked Jack Hertz to collaborate and add his unique ambient voice to the project and his contributions are simply outstanding. He brought out sonic possibilities that take the tracks to a whole new plateau. The resulting effort will surely scare the hell out of you and lead you on a journey through Dante's inferno from the Vestibule where Virgil and Dante first embark on their journey to the chilling encounter with Lucifer himself who is eternally bound in the ice of the ninth circle.

Thank you for having the courage to listen.

Cover Image - Illustration of the circles of Hell from a 16th century Italian edition of Dante’s Divine Comedy.

Inspired by the mystery of life. Jack Hertz manipulates sound to create intangible techno-organic impressions between music and noise. He has been composing and recording experimental music for more than 30 years. Generally, he is searching for a sonic middle ground between the real and the artificial. Utilizing computers, synthesizers, found objects, field recordings and digital effects. He designs his own instruments and effects with unique characteristics that create spaces and atmospheres a listener can explore. He finds all aspects of creating sound fascinating. From the early percussion instruments to the present day hardware and software innovations. He is particularly interested in sound synthesis of all kinds, especially Frequency Modulation. Read more about his work at JackHertz.com