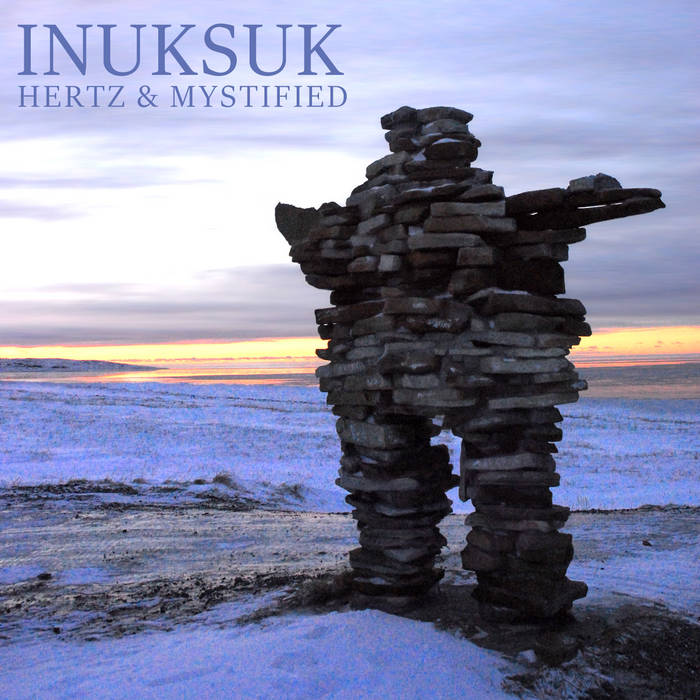 Michael Hodgson Jack Hertz and Thomas Park (Mystified)'s `Inuksuk' mixes ambient tribal groans, drowsy hypnotic percussion and distorted droning mysticism. It's an intoxicating work where you suddenly become aware that the most minute of low-key details is subtly permeating the entire atmosphere of a piece, and the run of darker icy drones in the second half is particularly striking.

Inspired by the fascinating lore and mysticism of the indigenous people of the Arctic who have coexisted exclusively with nature for thousands of years. Artists Jack Hertz and Mystified bring their many skills together for a brand new collection of thematic compositions titled, "Inuksuk."

The music of Mystified is mainly of an atmospheric nature. Sometimes less is more, making his music ideal for listening while working, sleeping or doing other things. The music of Mystified especially explores texture, consistency, and a type of variety that could be called subtle. This is not the utopian ambient of the typical soundscape artist. It is serious music for serious people. More on his work is available at MystifiedMusic.com

Inuksuk of Kuujjuarapik by Nicolas M. Perrault. The largest inukshuk in the vicinity of the village of Kuujjuaraapik, Quebec, Canada.