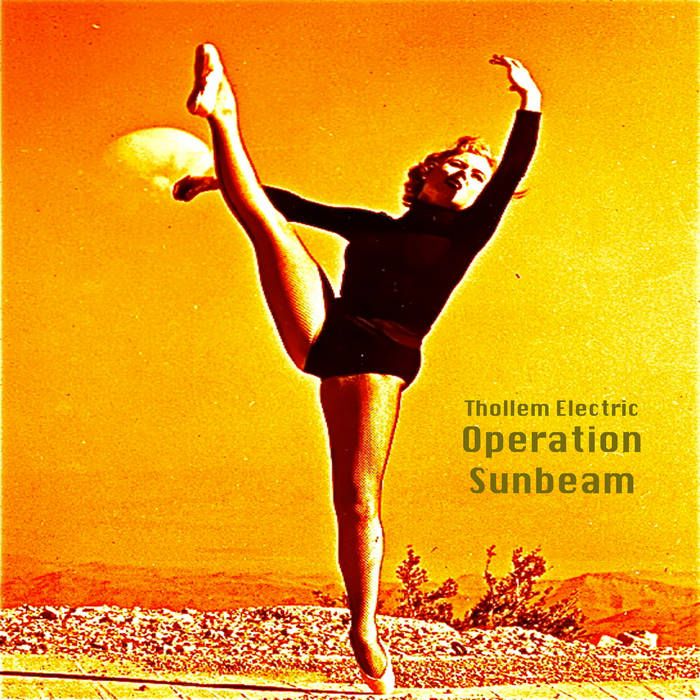 Aural Films is excited to present, "Operation Sunbeam," by Thollem Electric. An electroacoustic soundtrack that transports the listener to the cold war era. Vintage electronics are used extensively to paint stark electronic soundscapes that are haunting sonic visions of mutated landscapes and deception. Read more on the album from Thollem Electric:

The Nevada Nuclear Test Site is 1,360 square miles on what belonged to, and still legally does, the Shoshone, the original occupants. A total of 1,021 nuclear detonations were conducted from 1951 - 1992. This album is inspired by the wonder of the science behind the splitting of the atom, the tragic ways this knowledge has been tested and put to use and the strangely creative techniques the U.S. government and private corporations employed to sell it to the public. All of the titles are taken directly from names given to areas, instruments and projects at the NTS.

Almost all of this music was made with a chopped Yamaha - PF-10 (thanks to Kevin Zoernig) run through pedals that were given/loaned to by John Dieterich of Deerhoof (Electro Harmonix Frequency Analyzer), BearFoot FX (Fuzz, Distortion and Tremolo) and Analog Outfitters (Super Sarge Guitar Tube Amplifier, and their vibrato scanner, both made from old Hammond Organ parts).

The front cover photo: "part of the promotion of nuclear testing at the
Nevada Test Site, with a mushroom cloud in the background, April 6, 1953.

*Operation Sunbeam was the name given to the last series of
above ground nuclear tests conducted July 17th, 1962.