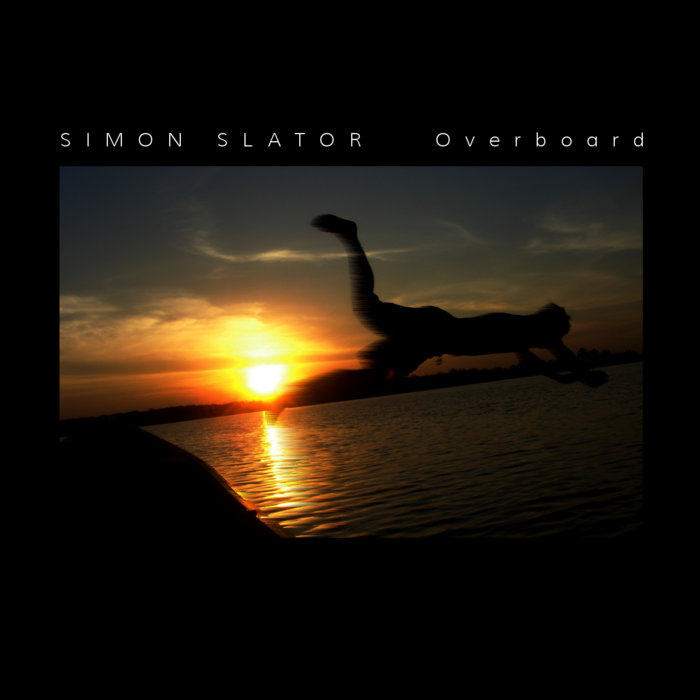 Brian Bourassa A serene work with periods of mystery, and loaded with textural elements that bring forth a sense of depth and dimension.

Aural FIlms presents a brand new release "Overboard," by Simon Slator. Following his Aural Films release, "Forward." The Tamworth, UK artist returns with a new sonic journey about a fisherman who is pulled overboard, and dragged down to the bottom of the ocean where he is greeted by the fabled lost city of Atlantis.

Ever since he was young, he always enjoyed his solitude. As an adult, there was nothing he liked better than to jump in his boat, sail far away from the coast and just drift there in complete peace and quiet. It was also the perfect excuse to do a spot of fishing.

It was very rare he got a bite at all, but this bite can’t have come from some mere fish; his reel was spinning like crazy. Whatever it was at the end of his line, it was travelling with some speed. In a split-second reaction, he sprang from his chair and dove towards his fishing rod, narrowly managing to get both hands on the pole just as the line went taut and the reel sprang to a halt. Still in mid-dive, he was dragged over the stern and into the water below.

This felt very strange. Not only could he see through the water with crystal-clarity, but he could breathe! Falling to the ocean floor, he began to survey his surroundings: an array of sunken ships creaked and groaned all around him. These mighty vessels now mere playthings for marine life.

In the distance, he could make out a light shining in amongst the gloom. Warily, he moved towards it. As the light drew closer, he could see the outline of a huge walled cityscape, with a palatial keep presiding high above it. The city was glow-ing, like it was refracting light through its glassy walls.

As he approached the outskirts, an undercurrent grabbed him and launched him through the archway at the city’s entrance. Returning to his feet, he could see that the city was deserted. There was nobody about, yet the city still looked well-maintained; it certainly didn’t look like it had been abandoned. Walking up the main street that ran through the heart of the city, he reached the heavy, wooden doors of the palace. With his heart pounding with trepidation, he pushed one of the doors open and stepped inside.
In the large courtyard, several thousand people were gathered there

in rows - all silent and looking straight at him. One man, wearing what looked like imperial robes, stood alone in front of them.
The Emperor walked up to him, placed his hand on his shoulder, smiled and said…
“Welcome home”.