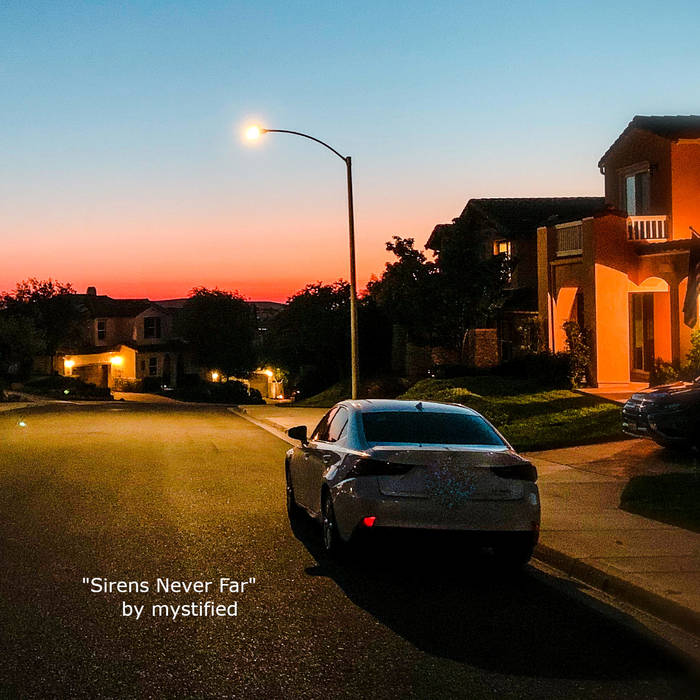 Hip Hop has changed a lot over the years, and so have movies about living in the city. A theme of being arrested, whether legitimately or not, is common in many of these films. "Sirens Never Far", an allusion to the omnipresence of siren sounds in urban environments, uses a special new form of hip hop, "Generative Hip Hop", to trace a mysterious person's passage through the American legal system. Getting arrested can sometimes be found to be unfair, and can ruin a life. It can also be transformative and lead to better things, depending on how the person is treated, and how they react. Thomas Park is in favor of a fair and compassionate legal system, in which crimes are met with proportionate sentencing and ethical treatment. "Sirens Never Far" is his homage to the urban reality of coming face to face with law enforcement.

All compositions, mixing and mastering by Thomas Park. All sounds created by or legally used by Thomas Park
Original Cover Image By David Helpling

Mystified is an artist who has been transformed by urban life. Growing up in the suburbs, he enjoyed early synthpop and techno works, and rootsy Hip Hop music, As as adult Thomas was diagnosed with paranoid schizophrenia. He has lived decades in low-rent apartments, barely getting by on food stamps and federal aid. Thomas' employment with the Saint Louis Public Library offered him opportunities to use his skills to assist people in need. During this period, he kept writing music, trying new sounds and genres. Thomas' music act, "Mystified", became well-known in netlabel culture. Meeting a very hip and challenging wife and hard work have helped Thomas to transcend his rougher periods, graduating to a lifestyle of reflection and contemplation. One topic of thought is his experience with his urban poor brothers and sisters, and how to tell the tales of the many lives that helped to shape his,