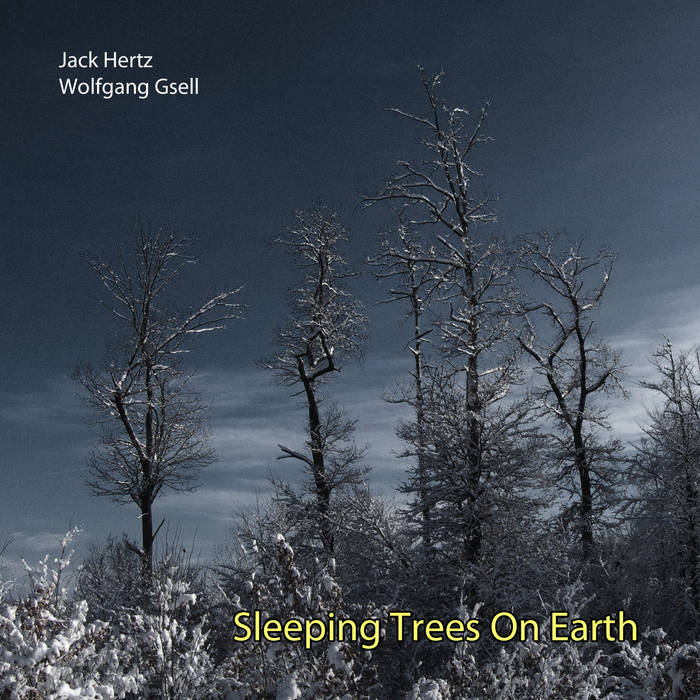 Zamantaliege A beautiful album that lulls the listener into deep states of restful tranquillity. No favourite track -- just listen to the whole album for the full effect.

Berkdrums I couldn’t resist buying this album because of the first five stunning tracks. To me the thin sounding electronic beats in the last two tracks are no enrichment to the story, but for me this is a must-have based on the strength of the 5 tracks...

Shane Morris Magnificent balance of drone, harmony, and melody that is well focused with the theme of each composition. Superbly done!

The sleeping trees on Earth. Givers of food, shelter, and warmth. This very special release is dedicated to restoring our planet to the Tree's care by planting more of them. Now, you can personally make a difference by planting more trees when you buy this music created exclusively for this project by Jack Hertz & Wolfgang Gsell.

Our forests are disappearing. We need your help to plant trees and restore forests around the globe. Forests not only provide clean air and water, but they also hold vast amounts of carbon dioxide and act as a cooling system for the Earth; they stabilize the global climate and fight climate change.

When nearly half of the trees have been removed from the planet by humans. The home to 80% of the Earth’s land-based plants and animals. We must recognize that forests are essential to the livelihood of all people around the world.

This album is dedicated to Wolfgang Gsell.

Wolfgang Gsell,1956 born in Stuttgart, Germany. He works as web designer, photographer and music composer. At 15, he began to play guitar. In the late 80s he changed into playing synthesizers. Since 2004 he is working with Software Synthesizers. The current style of his music is ambient and electronic music for inner journeys. He has released 25 albums (solo and collaborations with other artists) in various netlabels. More info: wolfganggsell.bandcamp.com

The Plant a Billion Trees campaign is an unprecedented restoration initiative launched by The Nature Conservancy in 2008. Our first project was to restore Brazil's Atlantic Forest, and now we have expanded to include forest projects in the United States and China. By planting trees and helping forests regrow where they have been severely degraded, we're helping to ensure clean water, air, diverse species and full, healthy forests for future generations. Read more about the project at www.plantabillion.org