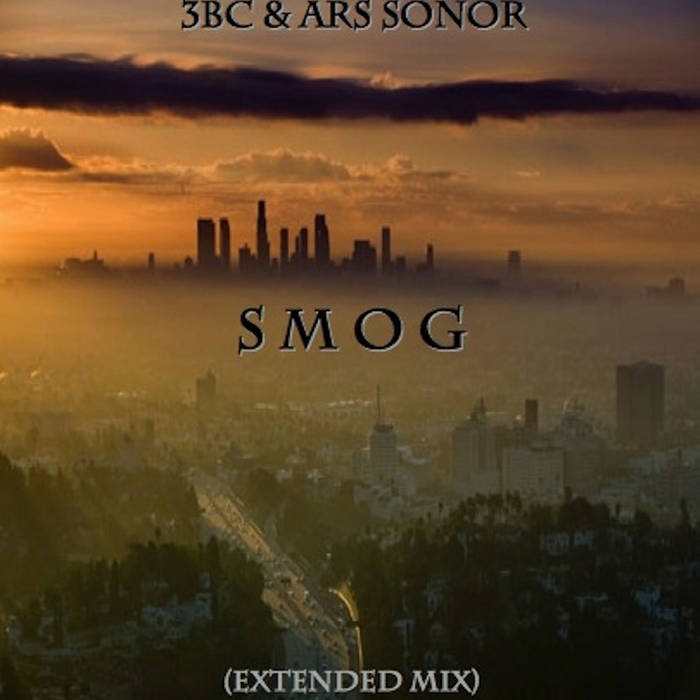 SMOG, a synthesis of human activity and nature. It brings to mind images of congested highways, billowing smokestacks, landscapes designed to capture and embrace that which we call SMOG. From within the haze, one may not sense its presence. From above, it paints a picture of varying shades of orange, brown, and gray...shadows within shadows...a juxtaposition of progress and decay...but it endures and so do its creators.

SMOG was released in 2011 by 3bc & Ars Sonor as a 4 minute dark ambient piece. This 2015 release is a time-stretched version of the original track...dark, moody, changing ever so slowly, it may lull you into a contemplative hypnotic trance.

3bc is a project of California based musician, Don Cook, who forges creative alliances with artists across the world, finding common language through music and image. With rock roots, Cook now applies virtual instruments to conceptual experimental projects, weaving aural tapestries ranging from soothing melodic tones to the darkest spaces of the sonic spectrum.

Ars Sonor is the artist name of Laetitia Schteinberg. Since 2011 Ars Sonor has been producing a diverse set of musical pieces, spanning ambient, drone, dark dub, breakcore and industrial.

The original SMOG track may be experienced here...https://soundcloud.com/3bc/smog-3bc-ars-sonor