by Jaime Munárriz and Glenn Sogge 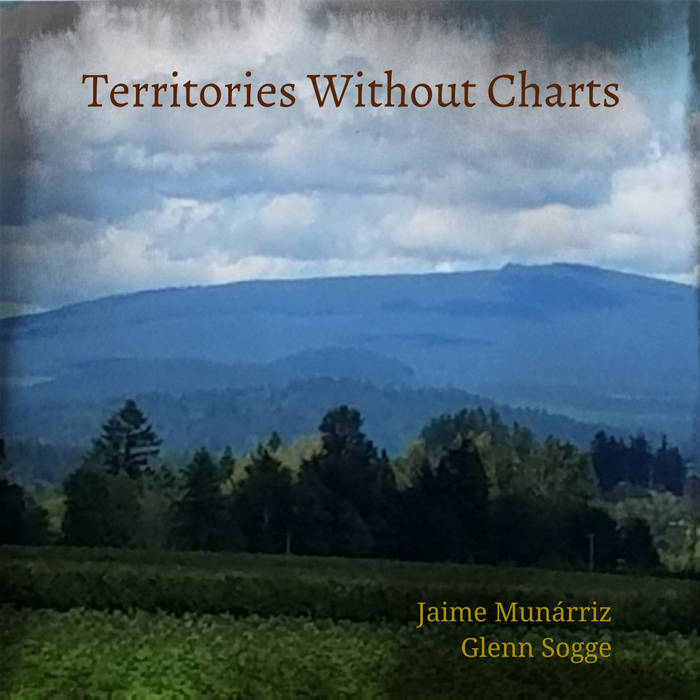 Jaime Munárriz and Glenn Sogge discovered each other through their works on Candy Lozier's Studio 4632 netlabel. Sensing kindred spirits, they decided to try working together. Without a master plan, they proceeded to provide each other with sonic territories to discover what mappings could be found. Although separated by 8,675 kilometers of a continent and an ocean, they forged some charts of the territories that sonically unite them. In some places, very detailed; in others, a bird's eye view of the spaces between Madrid and Oregon. Their similar latitudes (41.52N and 45.59N, respectively) may provide a hint of the environments they draw from and are inspired by.

Glenn Sogge recently retired to his childhood home on 6+ acres in the Pacific Northwest after decades of school, work, family, pets, and soccer refereeing in the Chicago area. Early in his career, he studied with Luciano Berio, Tom Willis, Jack Burnham, Frederic Rzewski, and Sonia Landy Sheridan. He also collaborated on performances with Robert Moran. The sounds of birds, wind, streams, squirrels, chickens, and the occasional coyote define the soundscape he is now immersed in. The woods and nearby mountains both obscure and highlight the horizons every day. Glenn has done collaborations with Cousin Silas, Candy L, Boson Spin, Marco Lucchi, Lutz Thuns, Tuonela, grum-pe, and many others in addition to the extensive solo work. A recent activity has been creating the artwork for album covers for himself and others.