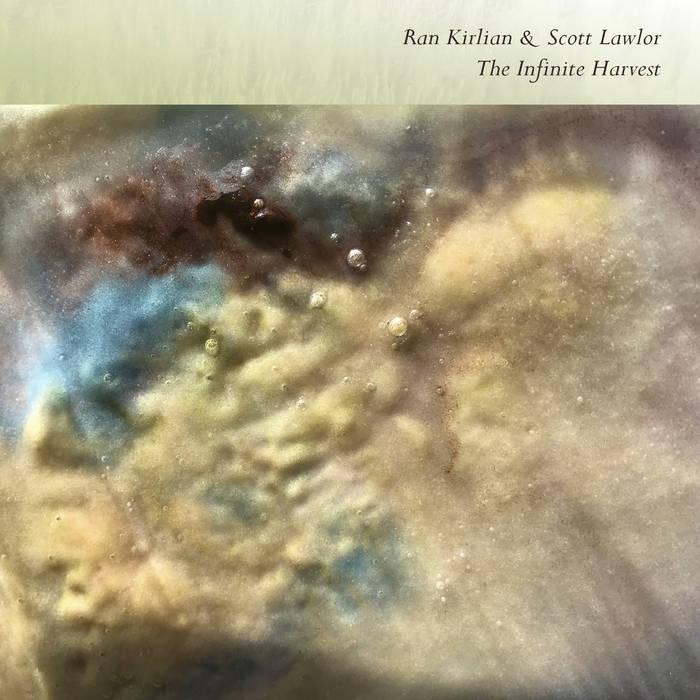 Aliaksandr Siamionau This is so deep, moderately dark, and immersive, but very emotional at the same time. Best thing I've heard in a while in the genre. Superb! Favorite track: Endless Consciousness.

David Prescott Very nice work on this album. Both artists are great on their own. As the old saying goes, this one is more than the sum of its parts. :-) Favorite track: In Search of Serenity.

supertrev181059 Geat set of tracks, we are just over the wheat/corn/barley harvest here in UK, so Dusk Harvester is my choice track as the combines and farmers go on through dusk and beyond into the night Favorite track: Dusk Harvester.

Sound In The Mist

The Infinite Harvest maps the inner journey of an ordinary person who is forced to evolve in a new and convulsive situation in an isolated environment, having to face his fears and discovering his true potential, as reflection of the events of recent months. In his search, reality and dreams are confused in the same way that light and darkness are mixed. For this, the dark atmosphere that almost permanently underlie throughout the album are delicately combined with melodic and rhythmic elements capable of enhancing the fears, sorrows and joys of our protagonist; therefore, the darkness provided by drones and complex soundworlds are confronted by pianos that bring light and calm with a hint of uncertainty, cellos that are the echo of sorrowful souls and tribal rhythms that portray a journey to the deep.

I'm following Mr. Lawlor music for years now and it was his name the one to come to my mind when I was mixing the base drones. The main soundworld, mostly a 70+ minutes evolving multilayered drone, was recorded live, in one take on a calmed Sunday evening during Covid-19 lockdown days. It was an improvisation initially conceived very visually, as an imaginary movie soundtrack about the pandemic situation, but it eventually evolved to something different, more intimal and introspective, and I felt like if I was writing a story not yet revealed. At the end of the jam session I felt really happy with the result, but found that it would get much better with a lyricism touch that I felt unable to imprint myself. I timidly asked Scott, who I had been following on Twitter for some time, if he would be interested in collaborating on a project, to which he answered almost immediately yes, even without further clues about it.

Scott's talent are well known in the ambient community. His composer and performer skills with piano and synthesizers have been exposed hundreds of times during his long career as artist, ranging from absolute light ambient to the darkest corners of the soul. That said, it should come as no surprise that Scott was able to capture many of his sonic facets on this album and thereby elicit a reaction that pushed me beyond my initial capacity.

It took me a little longer to complete the album adding nearly a hundred additional recordings, both electronic and acoustic, including field recordings and my own voice. The result is a work that, despite being recorded in a few days, has taken several months to polish.

About Ran Kirlian
Ran Kirlian is a Spanish artist that began exploring his own musical pathways in the mid-nineties and released his first album Shore of Darkness in 2000. Since then, nearly thirty albums have followed. His music, mostly focused on tribal and dark ambient genres, offers a personal and intense approach to textural landscaping and atmospheres inspiring ritualistic environments and desolate spaces.

About Scott Lawlor
Scott Lawlor is a jack of all trades. This veteran musician composes in different sub-genres such as dark ambient and light ambient, solo piano, cosmic drone and avant-garde, both as a solo artist and as a revered collaborating partner with many other well-established artists in the ambient community. Hence, Scott has built a solid reputation for himself as a cornerstone persona in the ambient community.