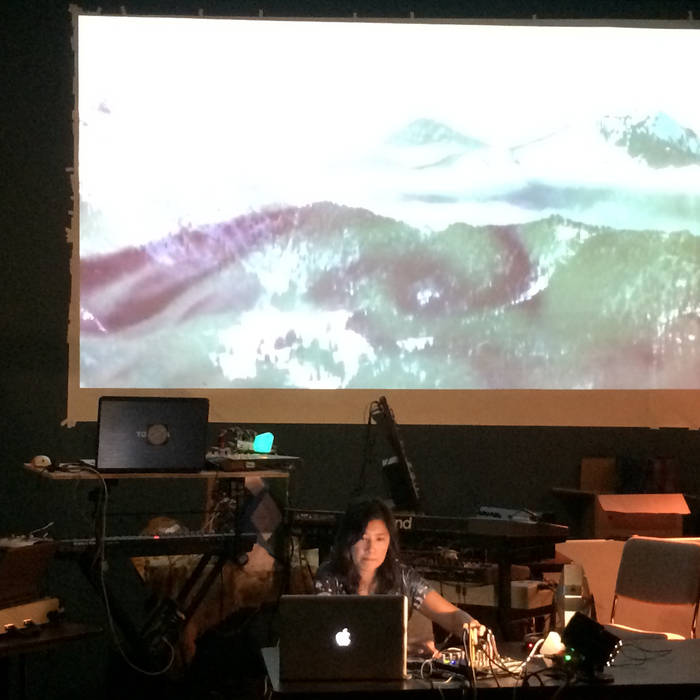 Carolyn Fok is an award-winning visual and pioneering female electronic musician since 1981, known for her epic approach to music, and painstaking process she takes to develop material. She also has recently been collaborating, engineering, and Mastering studio works, for her solo projects and groups.

Although her naturalist---surrealist paintings and illustrations have shown in New York, San Francisco and Hong Kong, and her music has been featured in Electronic Musician and Keyboard (to mention a few), she is best known for single-handedly creating her own genre of artwork. A form she calls 'musaics', Carolyn Fok creates as a mastery, moving electronic sound designs, original art, and introspective writings.

Carolyn's sense of music and sound began with recording stories on a tape recorder at age 9. Inspired by an early drum machine built by her father and his multi-track recorder, she developed a self-taught approach to instruments with electronics and by the early 80's, evolved a signature style under the name, CYRNAI, now Carolyn Fok. "I like building a fine line between experimentation and perfection," she says.

“She may be the modern Wendy Carlos, but going much further than Tron and Bach at a single step. ‘But the music!’ Well, technically, it’s of the caliber of Brian Eno, Kitaro and earlier Tangerine Dream …seemingly written for a voice which seldom shows.” —Musesmuse.com Essential Albums : Magic Realism, The Listener, Transfiguration (Cyrnai), Charred Blossoms