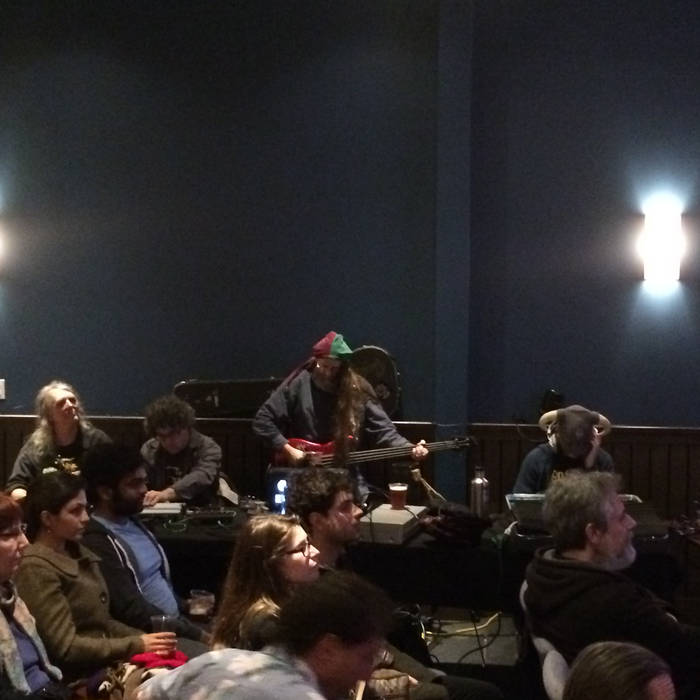 The title for this Instagon piece that was peformed here is "Alseep At Thee Wheel In Thee Fog Doing 90 Thru Thee Grapevine In An Oldsmobile." It is session #674.

Creative bio: Instagon is an invoked musical entity that is called upon by the deamon rider Lob and whomever he has asked to undertake this task with him for the current excursion.. have no doubt, this is a magickal invokation ritual to bring forth the deamon of jam and garage jazz itself...Instagon...and it happens with or without the knowledge of the players involved, only the deamon rider, Lob, has the reins of this sonic creature and he alone guides it to be his servitor.

Factual bio: Instagon began its never ending interaction with chaos in the start of 1993 in Orange County, CA. In 2005 it moved to Sacramento,CA and currently still dwells there. Instagon is an experience for the band and the audience simultaneously. With Lob playing the lead bass guitar at the foundation of the group, Instagon never repeats the same ensemble. No practice, no rehearsal, live improvisational riff riding ..Garage Jazz.. taking a garage band, and playing jazz idea structures..never the same group twice, always fresh and in the moment, once it happens its gone.. hence Instagon. Since its beginnings in 1993, Instagon has had over 650 members play as part of the band and has performed over 666 shows.