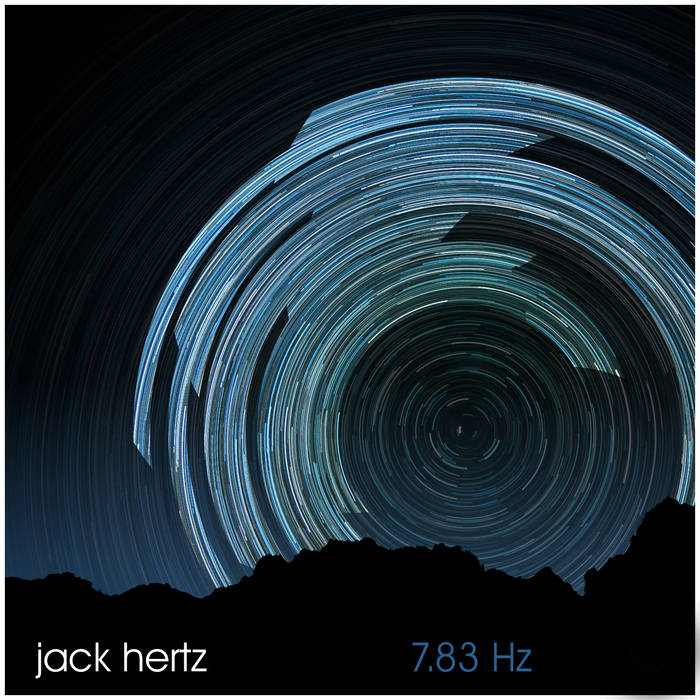 The music on this album was inspired by the documentary ‘Resonance - Beings of Frequency.’ Where I learned that the planet Earth has a resonant frequency of 7.83 Hz. Originally detected in 1899 by Nikola Tesla, it was Winfried Otto Schumann who formulated the theoretical aspects in the mid-1950s of the global resonances that are now referred to as the ‘Schumann resonances.’

The notion that the Earth is an oscillator onto itself was so inspiring. A flood of ideas for new ambient compositions came to me. Since frequencies under 20 hertz cannot be perceived by the human ear. I incorporated the Earth's tone in other ways. Using them as a basis for sound modulation, binaural beats, pulses and the frequency intervals of LFOs, filters and oscillators based on the fundamental 7.83 and multiples such as 14.3, 20.8, 27.3 and 33.8 Hz. As it turns out, the use of these frequency intervals worked out such that the finished tracks unintentionally complement each other when played simultaneously in various combinations. Listen to this on the bonus track 6, "7.832 Hz (extended mix)", included in this release.

This album was originally released on the Free Floating Music label. These tracks have been remastered from the original recordings in high definition 24-bit encoding.