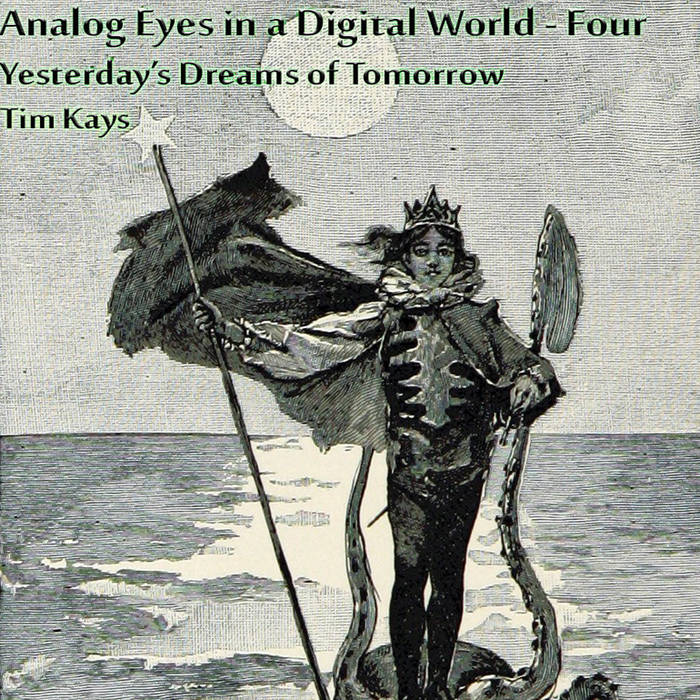 The Analog Eyes in a Digital World series has, at its core, the concept of perspectives and viewpoints of the same things...just from different points in time. How many cutting edge technological advances made in the latter part of the 20th Century are currently the denizens of the dustbin of history? Think about it...those that thought that the compact disc was the ultimate in audio technology were in fact the sons and daughters of those who, just twenty years earlier, thought that no one could ever improve upon the Muntz 4-track system.

It's all about perspectives drawn from life experiences. Now, with the release of the fourth and final installment of the Analog Eyes in a Digital World series, we go back in time to examine the perspectives, viewpoints, visions and dreams of those whose concepts of modern technology were products of the Age of Steam.

Westward (to America) attempts to soundtrack an imaginary slideshow of the black and white cabinet card images of the tens of thousands of 19th century common people that, forsaking family and friends, often parlayed their last cent into steerage class passage upon a steamship, bound for a new life in the beacon of hope, freedom and prosperity to the west called...America. I would suggest looking up these old photos and videos on the internet, then viewing them while Westward (to America) plays in the background. As you look into their faces, you will hear their dreams of a new life ahead, set to the slow rolling motion of a westbound ship upon the Atlantic.

Submarine Dreams holds to the same timeframe of Westward, except it is from a vantage point beneath the rolling waves, aboard the Nautilus. Looking through the portholes of the legendary ship, you can see why Captain Nemo prefers this world as opposed to that where mankind rules with a violent disregard for life. The cabin lights are dimmed, and exterior lighting and primitive microphones are engaged so that you not only see the teeming life that swims around you, but you can also hear it. Submarine Dreams gives you the perspective of Captain Nemo, and a passage to what is truly, the final frontier.

One of my heroes, the late Edgar Froese, said, "There is no death, there is just a change of our cosmic address." The Vulcans call that place Vorta Vor or Sha Ka Ree. To the ancient Greek culture, this place was called Elysium. Some view it as becoming one with the light, while others see it as transcending the mortal, and passing into a heavenly domain of the immortal. Almost always, it is described as, 'going to a better place'. Restoration is the soundtrack for, and about those who are making that journey to a better place, as composed from the perspective of those who are left behind. Sorrow and hopefulness in equal measure...opening and closing with the voices of the Elysian Fields.

May these three portals into other places, times and dimensions provide you with peace and new insights.