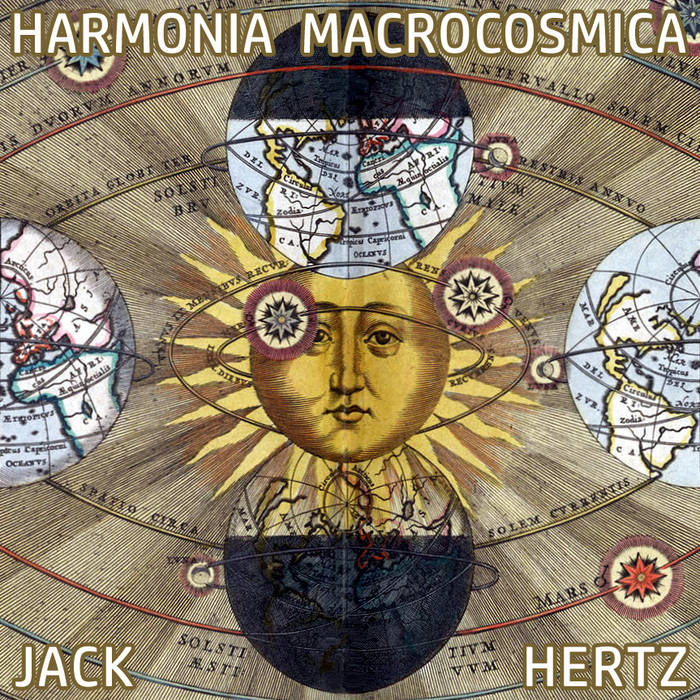 These tracks began as experiments with different harmonic tones to find the most minimal sound elements I could use. In mixing these simple tones. A scenographic soundscape of tonal juxtapositions shifting like stars in the sky emereged from my speakers. Like the vision so wonderfully realized in Andreas Cellarius's great star atlas, the "Harmonia Macrocosmica" (1660). I dedicate these sounds to his work.

The Harmonia Macrocosmica is a star atlas written by Andreas Cellarius and published in 1660 by Johannes Janssonius. The first part of the atlas contains copper plate prints depicting the world systems of Claudius Ptolemy, Nicolaus Copernicus and Tycho Brahe.

Jack Hertz has been playing, composing and recording for more than 30 years. His first experience with sound began with analog reel machines, microphones, percussion and a Casio VL-Tone. His first true synthesizer was the Alpha Syntauri digital synthesizer that was was hosted by an Apple IIe PC. The steep learning curve exposed him to a universe of concepts nearly a decade before others.

Jack is a seasoned improvisor who finds all aspects of creating sound fascinating. From the early percussion instruments to the present day hardware and software innovations. Generally, Jack is searching for a sonic middle ground between the real and the artificial. Utilizing computers, synthesizers, found objects, field recordings and digital effects. He designs his own sounds with unique characteristics that create spaces and atmospheres a listener can explore.