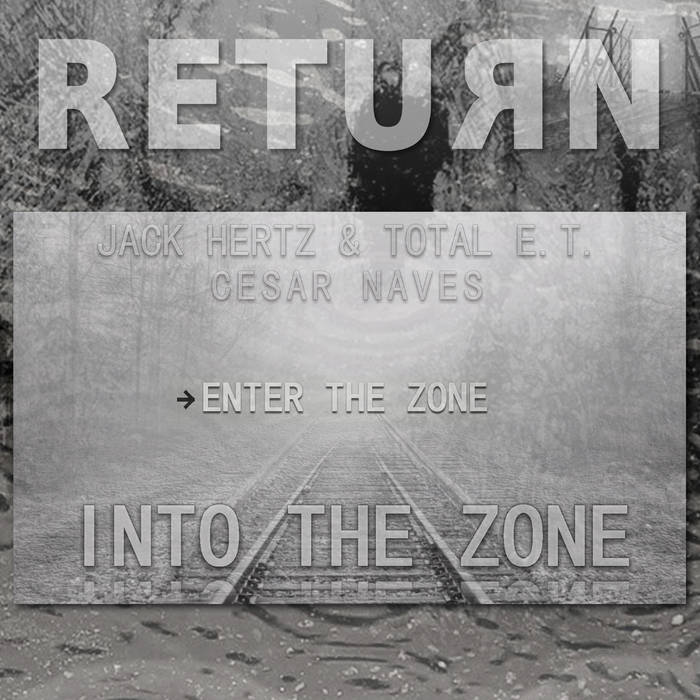 RETUЯN to "Into The Zone." The 2014 collaboration project by Jack Hertz and TOTAL E.T. Inspired by Andrei Tarkovsky's 1979 film "Stalker." Now available as an audiophile edition with newly remastered 24-bit HD Audio and special DVD Video on the RETUЯN special edition disc. For for digital fans, the newly remastered audio, with bonus download of the exclusive full length video created by CEsar Naves is also available.

The artists have managed to find a way back to the Zone where these recordings were made. The result is the soundtrack to their journey that moves between scenes in color and noir. Rife with exotic atmospheres and field soundscapes, the seamlessly evolving long-form piece envelops the listener in a dream-like state.

Many thanks to Shane Morris and Freesound.org who supplied many of the additional field recordings heard through out the piece.

I.v.MARTINEZ is a member of anti-all dada experiMENTAL industrial noise project TOTALITNY REZIM. His solo projects TOTAL E.T.,T.R.I.v.M. and mutanT.R.I. are devoted to exploring new territories in noiseland and based on alien origin. Read more about his work at
www.facebook.com/Experimentalien