by Symatic Star and Jack Hertz 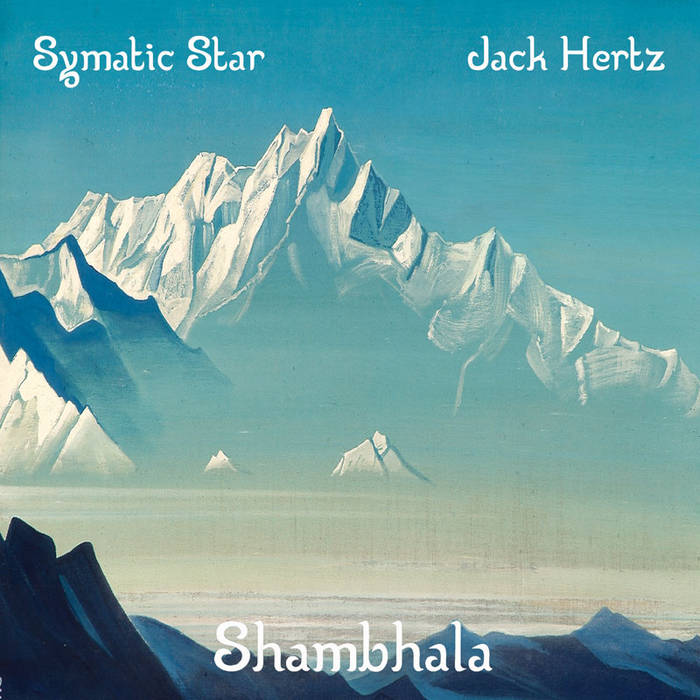 Shambhala, a mystical kingdom beyond the snow peaks of the Himalayas, has long been recorded in stories from Tibet and Mongolia. Some sources include folk stories, Tibetan Buddhism and pre-Buddhist - Bon Shamanism. A land described as a hidden valley with a line of enlightened kings guarding the highest wisdom, for a time when all harmony in the world outside will seem lost. According to some legends the King of Shambhala and his warriors will then emerge vanquishing the forces of evil and establishing a golden age.

The tracks on this album represent five selected themes from Shambhala stories and can be interpreted as representing both a physical journey to an enigmatic land and as an inner journey.

Dedicated to a Free Tibet

The Chinese invasion of Tibet has resulted in the deaths of hundreds of thousands of Tibetans and the imprisonment and torture of thousands more. In 1959 the Dalai Lama, Tibet’s political and spiritual leader, fled into exile in India followed by over 100,000 Tibetans and established the Tibetan Government-in Exile. Awareness can help. Please learn more on how to lend support at www.freetibet.org

Symatic Star AKA Simon Walsh is a composer, synthesist, sound designer and multi- instrumentalist, based in the precious and bio-diverse coastal forests of South Western Australia. Moved by the mysteries of the Cosmos on a micro and macro scale, Symatic Star’s sounds defy established genres of electro-acoustic music. Utilizing an evolving range of sonic tools including – Synthesizers analogue and digital, experimenting in all forms of synthesis with a strong usage of modular and granular forms. A diversity of electronic and acoustic instruments, raw and processed field recordings. Web Site: symaticstar.com