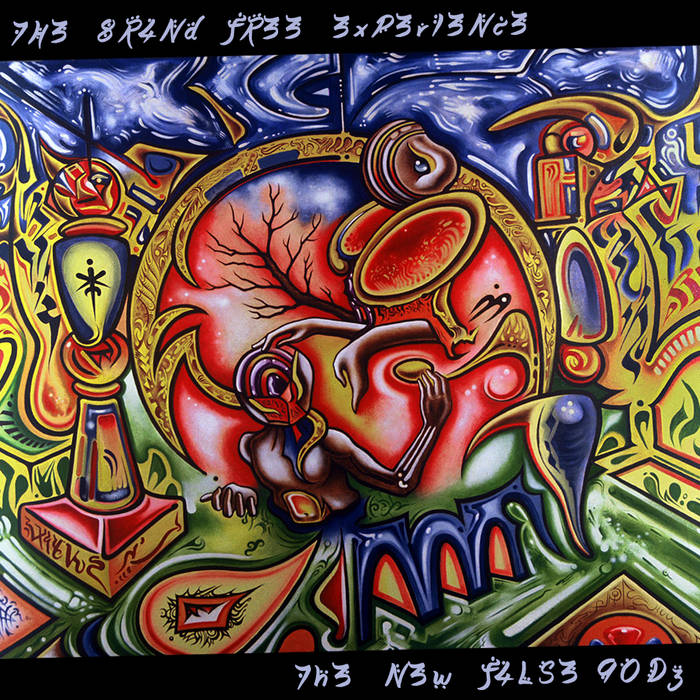 Working under the name, "The New False Gods." This album is the result of the collaboration between a group of prominent artists who create work under a variety of music sub-genres.

The base tracks for this album were recorded live in one take on January 30, 2015. The Ocarina and percussion elements were overdubbed later during final production and mixing sessions.

rizorkestra is based in los angeles and currently roaming the california coast and deserts performing music, collecting musical instruments, photographing the pacific ocean and the sun in the sky, and always planning cheap, sensible meals. More at facebook.com/riz.orkestra

Yeti Wolf is an ancient being from Mexico City. Yeti channels memories of prehistoric Earth and the universe into sound. More of Yeti's work can be found at yeti-wolf.bandcamp.com

Gareth Kaple is a designer, painter, illustrator, and sound maker. See more of his art and information at garethkaple.com