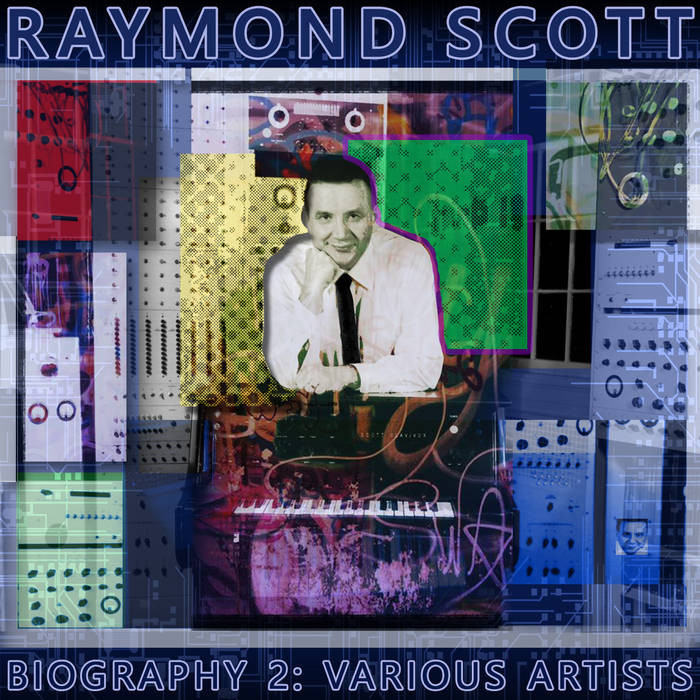 Born in 1908, Raymond Scott is the most famous American composer, inventor, innovator and visionary people didn't know they knew. From his near ubiquitous cartoon music, to his electronic instruments before their time. It took 50 years for the world to catch up with his ideas that are so prevalent in popular music today. Unfortunately, Raymond Scott left us in 1994 before he had a chance to hear the future he envisioned.

Aural Films reached out to audio and video artists from around the world to create their very own tribute to Raymond Scott's legacy and the many great things that were brought to life by Manhattan Research Inc. The response was hugely positive resulting in over 57 artists creating original tracks, and a video by Saul Wes, that pay tribute to Scott.

The Raymond Scott Biography project has the support of Reckless Night LLC, the trust that oversees Scott's library and ongoing legacy. With this, the project's music will be added to the Raymond Scott Library. Stan Warnow, director of the "Deconstructing Dad" (2010) documentary film about his father's life, had this to say about the music produced for this project:

“Listening to these tracks was a succession of aural delights. It's a remarkable collection that is a fitting tribute to my Dad--many tracks clearly directly descended (and sometimes sampled) from his electronic work. The word channeling is often used very loosely but in this case it's totally appropriate for those tracks--as if my father were still alive and revisiting his work from 50 years ago. But others are just as delightful as original stand alone works inspired by Raymond Scott. And knowing so many talented musicians from all over the world were inspired to create these works is a new inspiration for those of us who have been working for many years to ensure and enlarge Raymond Scott's musical legacy. I know my father would have been thrilled to be honored in this way.”

See the individual tracks for more info on each of the artists.

Special thanks to Irwin Chusid, Stan Warnow, Jeff Winner, Reckless Night LLC, all the artists who contributed, and Raymond Scott for leading the way.

Raymond Scott was a composer, bandleader, arranger, engineer, orchestra conductor, electronphic music pioneer, inventor, and philosopher-visionary. Fans of Warner Bros. Cartoons will recognize pieces such as "Powerhouse", "Dinner Music for a Pack of Hungry Cannibals" and "War Dance for Wooden Indians" to name a few of his early compositions. Later, Scott's Manhattan Research became an innovator in electronic music instrument design, production, and composition for commercial and corporate branding promotion and popular music such as Motown Records. His unique inventions allowed him to create futuristic sounds that were highly in-demand in advertising new digital computers, consumer electronics, and other space-age products. For the complete biographic story on Raymond Scott and the many achievements of this great American artist. More about Raymond Scott can be found online at raymondscott.net

About the Biography Series

The Aural Films Biography Series represents artists by featuring retrospective collections that re-introduce the public to those who have been working for decades in music and art. Following our initial Biography release featuring artist Thomas Park, Aural Films continues with volume 2 in the Biography Series with a special tribute to the work of Raymond Scott.

Aural Films is an online record label (netlabel) that releases high-quality soundtracks for the real and imaginary. It covers a wide range of music styles ranging from ambient to experimental to popular to soundtrack musics - often on the same album. Since 2012, Aural Films has published over 150 albums, staged numerous events, including the 2015 San Francisco Fog Music Festival, and planted over 10,000 trees with our Sound For Good "This Music Plants Trees" project. Aural Films' titles are played on the radio all over the world and have been nominated for numerous top album lists and awards, including the 2015 Schwalle Awards in Germany. Visit Aural Films at auralfilms.com