Visions From Dark Above 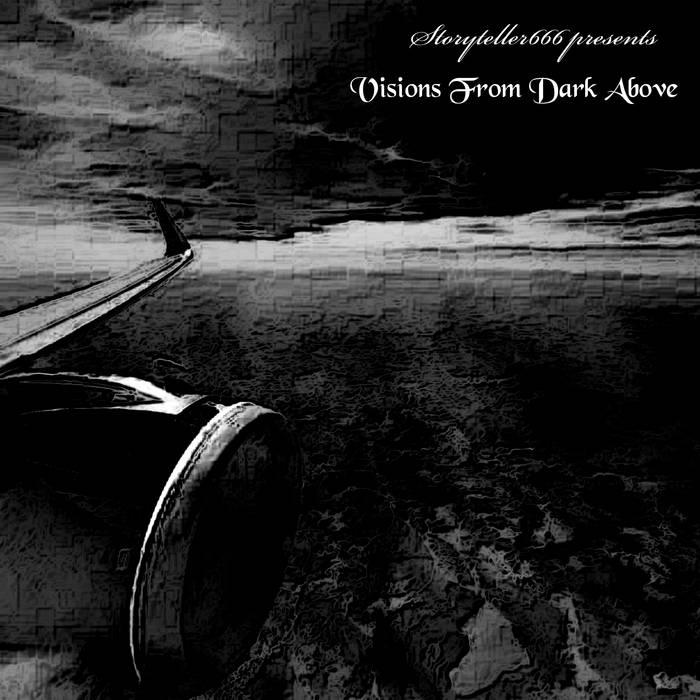 *The prelude of a new world*

Visions From Dark Above is an album builded with sounds inside an airplane by Edu MRTS, one of my two boyfriends. He recorded some tracks of him travel from Pernambuco (Brazil) till Mato Grosso (Brasil) at 17 December 2020, and of the back (MT-PE) at 9 January 2021. With the audios, i could make a sound collage and add some reverb, compressor, equalizer and some other mix techniques to make the listener feel in a real airplane when listen the album. I wait to get this result at all.

My alias Storyteller666 is just one of the my +15 that i call Los Velters. He was the 11th i used to make music, but since 2014 he exist - only as a name to credit myself in texts and histories (i'm an writter). This way i created another new history to complete this album, but still didn't wrote it in any place. It's about a young guy traveling in an airplane with him parents, while a new disease is spreaded into the airship and turn the people into zombies. Maybe not an original idea, but sure when i write someday this history will have something different to show.

While me... Well, i'm only a man who like to experiment with sounds. I already worked with many musical genres, from Techno to Harsh Noise, Grindcore and Psy Trance. Each style i make goes to some of my aliases (for now they are 17). I like to create pics too, being original glitch ones (or photo modulation) or "photoshoping" some existents i like. The cover of this album itself was made by myself, changing a photo that my boyfriend takes in the sky; in that airplane.

Want to check my discography? Acess my Bandcamp page:
losvelters.bandcamp.com

Want to know more about Los Velters and all the released i'm in, including compilations? Acess my Blog:
losvelters.blogspot.com