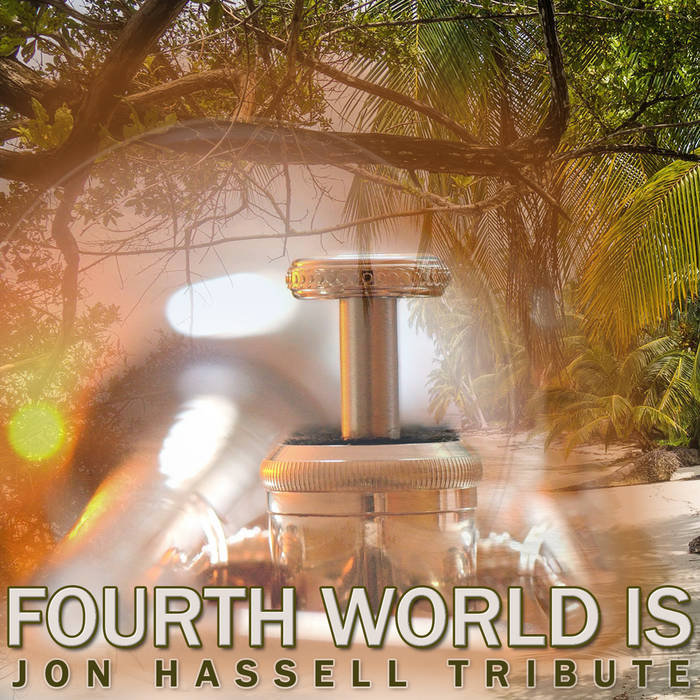 Aural Films presents the "FOURTH WORLD IS" compilation a tribute and continuation of Jon Hassell's vision. Artists from around the world have contributed their own interpretations of Fourth World compositions that you can listen to now. Read on to learn more about his music and this project.

Jon Hassell has joined the harmonics on June 26, 2021. His legacy as an innovative artist, musician, and visionary has enlightened and inspired the world to embrace our past and present experiences by expressing them in what he defined as the "Fourth World", as explained by him in his own words as follows.

A KIND OF PHILOSOPHICAL GUIDELINE, A CREATIVE POSTURE, DIRECTED TOWARDS THE CONDITIONS CREATED BY THE INTERSECTION OF TECHNOLOGY WITH INDIGINOUS MUSIC AND CULTURE.

THE UNDERLYING GOAL IS TO PROVIDE A KIND OF CREATIVE MIDWIFERY TO THE INEVITABLE MERGING OF CULTURES WHILE PROVIDING AN ANTIDOTE TO A GLOBAL "MONOCULTURE" CREATED BY MEDIA COLONIZATION.

THE UNDERLYING PREMISE IS THAT EACH INDIGENOUS PEOPLES' MUSIC AND CULTURE - THE RESULT OF THEIR UNIQUE RESPONSE TO THEIR UNIQUE NATURAL ENVIRONMENT - FUNCTIONS IN THE SAME WAY AS, AS AN "ELEMENT" IN THE PERIODIC TABLE OF CHEMISTRY: AS PURE BUILDING BLOCKS FROM WHICH ALL OTHER "CULTURAL COMPOUNDS" WILL ARISE.

IN OTHER WORDS, THESE CULTURES ARE OUR "VOCABULARY" IN TRYING TO THINK ABOUT WAYS TO RESPOND TO OUR PLACE IN THE NEW GEOGRAPHY CREATED BY OUR MEDIA WORLD, AND MUST BE RESPECTED RELATIVE TO THEIR IMPORTANCE TO OUR SURVIVAL.

All rights reserved by their respective artists.

Click on each track to learn more about the artists.

Jon Hassell (March 22, 1937 – June 26, 2021) was an American trumpet player and composer active from the 1960s on. He was best known for developing the concept of "Fourth World" music, which describes a "unified primitive/futurist sound" combining elements of various world ethnic traditions with modern electronic techniques. The concept was first articulated on Fourth World, Vol. 1: Possible Musics, his 1980 collaboration with Brian Eno. Read more about Jon Hassell at en.wikipedia.org/wiki/Jon_Hassell

All proceeds from this project will be donated to the Feeding America project who is working to support over 25 million people that do not have food. Please lend a hand by purchasing this album to help others and get over 4 hours of great space music for your support.

Feeding America is the nation’s largest domestic hunger-relief organization. Thanks to donations and support from businesses, government organizations and individuals like you, the Feeding America network of food banks, pantries and meal programs serve virtually every community in the United States — 40 million people, including 12 million children and 7 million seniors. More info at our partner page - teamfeed.feedingamerica.org/participant/auralfilms