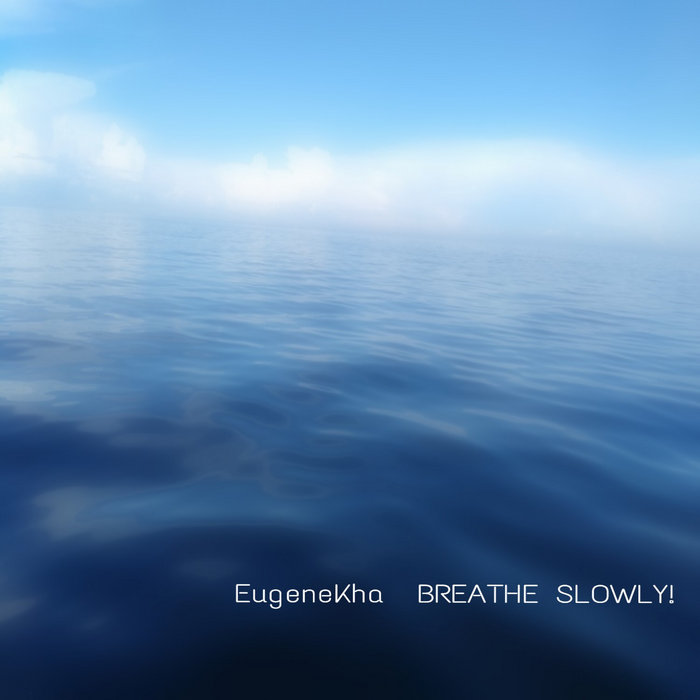 Aural Films is very happy to announce the return of Russian poet, musician, sound and visual artist, EugeneKha. His new album BREATHE SLOWLY is a glorious showcase of the artists' many talents. Blending field recordings, synthesizers, and sources from other artists with thoughtful musical passages. EugeneKha creates a unique, yet highly inviting music that drawls the listener into a warm sonic environment.

Poet and Musician, Sound and visual artist. Real Name: Evgenij V. Kharitonov. Was born in 1969 in Moscow. Has got philological education, the author of numerous literary publications and many books, works in journalism.

Curator of a festival of literary and art vanguard "Azor's Paw", musical festivals "Ours in Space", 'Green Travel Fest' and 'Ambient Nights In Guslitsa', coordinator of a ambient label '45 Echoes Sounds'. He began "Musical career" in 1985 as a part of the disco theater "Columbus". In the 1980-1990th he played the guitar, sang and wrote songs in rock groups "The We", "The Russian storytellers", "Kharitonov's Fuck Orchestra", "Helter Skelter", etc. In the late nineties he was fond of experiments with electronic sounding — from sound poetry to electroacoustics – and sinthesizers music. Its albums released on many labels. Most of all he is known under music pseudonym EugeneKha. He is the participant and the composer of the Microbit project (Lo-bit an esthetics), Nameless Dancers (Nu-Jazz, Lounge), Spacebirds (Sci-Fi Synth-pop), Yoko Absorbing, I.N.KH.E., etc. In 2005-2011. Evgenij actively developed and popularized a musical esthetics of a lowbit (lobit, lo-bit, low bitrate), some sources call him "the father of the Russian lo-bit". He created music for movies and participated in numerous international projects. In the music he addressed to many directions, often mixing different styles, but big love feels to Ambient music.
In real life Evgenij V. Kharitonov — the curator of literary projects of the Russian state library for youth.