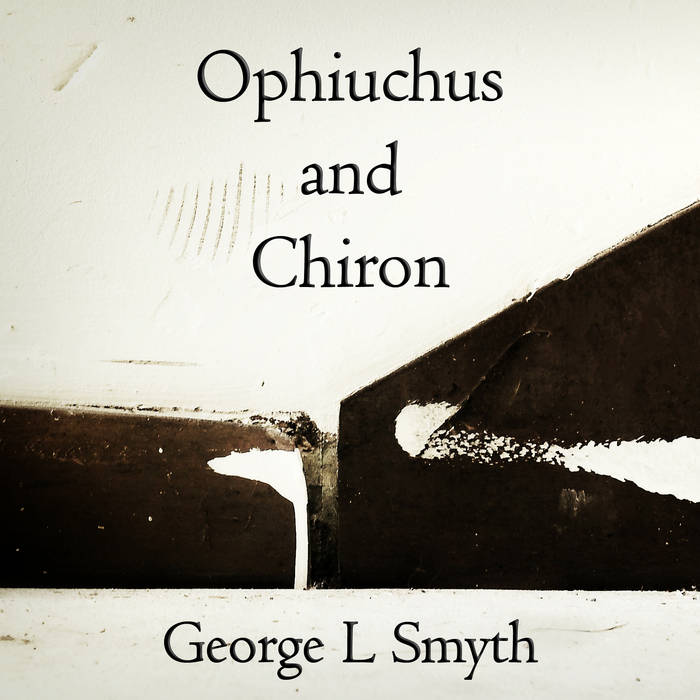 Musik-Monster Fabulous piece of work. Exemplifies what Aural Films is about. Brings images to the mind's eye, is evocative and takes you on a journey! Favorite track: Chiron.

Aural Films welcomes a new release from composer George L Smyth. Join us for his wonderful album that depicts the stories of Chiron and Ophiuchus, two of the constellations in the sky.

Ophiuchus is in four parts.

Largo
Ophiuchus was identified by the Greeks as Asclepius, who was the son of Apollo and Coronis. Apollo took his child to Chiron, the wise centaur, who taught him the art of healing. Asclepius found that his healing herbs could raise the dead.

Adagio
While most might think the ability to be a great thing, this was not the case with Hades, who feared the flow of dead asouls into his domain would cease, so he complained to his brother Zeus, who killed Asclepius.

Largo
Asclepius lies dead and is mourned by Apollo.

Adagio
To mollify Apollo, Zeus cannot bring Asclepius back to life, but he makes him immortal by setting him among the stars as the constellation Ophiuchus.

The piece was written for Clarinet, Flute, Piano and String Orchestra.

In Greek mythology, Chiron was held to be the superlative centaur amongst his brethren, as he was called the "wisest and justest of all the centaurs". Chiron was pierced with an arrow belonging to Heracles that had been treated with the blood of the Hydra. Despite being a master of the healing arts, he was unable to heal himself and lived with incredible pain.

Prometheus had given fire to mortals, to the great displeasure of Zeus, and as punishment was bound to a rock, where an eagle would feed on his liver. As he was immortal, the liver would grow back, only to be eaten by the eagle the next day.

Heracles arranged a bargain with Zeus to exchange Chiron's immortality for the life of Prometheus. Chiron died after his liver was eaten, but was given a place in the stars.

This piece depicts that exchange.

Largo
Chiron travels to Tartarus, where Prometheus is chained.

Adagio
Prometheus sees the approach of Chiron and realizes that he is to be set free.

Andante - Largo
The death and transfiguration of Chiron

Following a forty year hiatus of composing music, George L Smyth now spends an inordinate amount of effort trying to make up for lost time. He uses traditional orchestral instruments to create soundscapes that encompass ideas and stories in the hopes that they will fit the spaces of the time available to us.

A regular fire hose of his new music can be found at racketinmyhead.wordpress.com

Aural Films is an online record label (netlabel) that releases high-quality soundtracks for the real and imaginary. From the familiar to the unheard. Discover all the latest releases online at AuralFilms.com